Posts tagged ‘One Flew Over the Cuckoo’s Nest’

Earning/Maintaining a Reader’s Trust: Character/Narrator Consistency and Reliability (part 3 of 3)

NOTE: This is the third and final installment in a three-part series on earning and maintaining a reader’s trust. The first part focuses on earning initial trust just at the start of a story, while the second part focuses on how world-building, consequential plotting, and story structure/pacing affect the reader’s trust. This part deals with character consistency/reliability, and I know it’s long. I do apologize for that, but there’s really a lot to talk about here.

When we write, we create a wide variety of characters, each of whom has different degrees of complexity. Like real people, our characters’ choices, attitudes, personalities, and decisions are shaped by their experiences. The most memorable characters are those that are shown to be complex, to have foibles and flaws as everyone else. Readers appreciate flawed characters, but what matters is that their flaws and behavior are consistent with the events of the story. Some people claim that they like to be surprised by characters, but there is a big difference between letting the plot surprise us, and letting a character do so. Character actions should be an inevitable consequence of their natures, and their experiences before and during the story.

Every decision a character makes must logically follow from the experiences our reader has observed through the story. In Les Misérables

, Hugo shows us the moral quandary that Marius Pontmercy finds himself in on the eve of revolution: should he join his friends on the barricades or escape with the love of his life, Cosette? Hugo establishes this as a real choice for Marius, one that forces him to choose between two equally “right” values (according to his own value system). As the reader, we understand that he can believably go either way on the choice. Which makes his final decision and the reveal both a surprise (either of the two options would have been) and satisfying.

The seeds of every major (and most minor) choice should be planted well in advance. The hard part, is to plant seeds that allow for branches of equal probability. If the character only has one plausible recourse, then where does tension derive from? This is one of my most frequent complaints about portal/quest fantasies, in particular those of the “prophesied monarch” sub-type. As I’ve grown older (and more curmudgeonly) I have found it very difficult to get any emotional tension out of this kind of story. They become predictable and dull, because I know a priori that every complication the hero runs into will at some point be resolved, and that every mistake he makes will be fixed by the end. The prophecy (which is all too rarely actually ambiguous) will take care of matters in the end.

By setting up characters who have real choices to make internally, and who have real conflicts amongst themselves, we maintain the reader’s interest in the underlying story – which is a prerequisite for maintaining their trust. If the character does something that was not adequately prepared for, something so surprising that it comes out of left field, then the reader may be shocked into losing all trust in the story.

Consider for a moment Star Wars. Would the story have worked if in Return of the Jedi Princess Leia betrayed the rebels to the Empire? No. It might have worked (though yielded a very different story) if Han Solo had done so (for money), or if Luke turned to the Dark Side. But Leia? There was nothing in her character to make such a choice remotely plausible. It would have been a bridge too far, a leap of faith that the audience would have been unwilling to follow.

However, this does not mean that characters need to always be reliable. In fact, one of my favorite methods of playing with reader trust is the use of an unreliable narrator/character.

Whether it’s in film (Rashomon

) or in prose (Akutagawa’s In a Grove

), I love unreliable narration/characterization. It’s a lever on which my entire understanding of a story can hinge. Executed skillfully, it offers an exponentially broader story experience. But how does the reader trust in a story when the storyteller is shown to be a liar? That’s a question that has been on my mind quite a lot recently, as one of my current WIPs deals extensively with the concept of deception.

In thinking it through, I think I’ve managed to identify five different modes of unreliable storytelling, each of which plays with reader trust in different ways. This list is by no means exhaustive, and I’d love to know other examples:

In conclusion, everything about reader trust relies on consistently and smoothly introducing the story’s building blocks such that the reader does not notice. I think the train metaphor is a good one for that trust: If the reader can count the rivets on the train, then the train isn’t moving fast enough. The speed at which it moves is only partially a question of pacing. The train’s engine is stoked by the cultural touchstones it relies upon, the narrative voice it is told in, and the author’s precise use of language. It runs on rails of world-building, and story structure, and consistent plotting. And it’s driven by characters who are internally consistent, whether they are reliable or not. If they’re not reliable, then at the very least they need to be functionally unreliable, to have that reliability carefully mapped out by the author so that the reader’s trust is maintained. 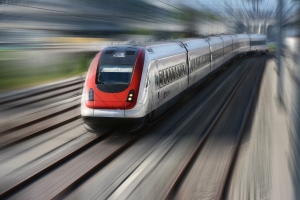 This is Reader Trust

Many good stories fall short on one or more of these components. And that’s okay. Honestly, I can’t think of any “perfect” stories that nail every aspect of this. It might be impossible (at least by us mere mortals). But even if they’re not all equally solid, the components do need to balance and work together to earn the reader’s initial investment, to earn their trust, and to keep them turning pages. Which is ultimately the goal: readers show us their trust by turning to the next page.